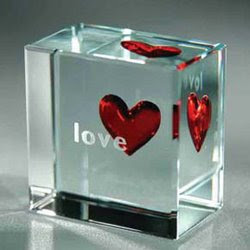 Relationship is both something complex and scary. You'd never realise that your relationship is turning sour until when you begin to sense it; which is often very very late into the game. The people, the environment, the culture around one is overwhelmingly distracting. There're too much distractions around, so much so that they always try to pull the attention arc away. And the latter wins the battle almost certainly. Until when one wakes up and realise the relationship is going the way it shouldn't be heading to, all he did was to put the relationship aside and avoid it, for he didn't know what to do. That is human. Cruelty happens all the time.

Prevention is better than cure. What a cliche. But then again, as true as how cliche it is. No relationship will work if either one doesn't commit. It's something that requires both to keep on working on it, and keep it going. It takes two hands to clap. It takes two teams of engineers to build a bridge from both banks of the river; the bridge will collapse even though one team continues to build. In a relationship, you and I, will become husband and wife one day. We seek for the perfect partner who will be with you through your life. It is important that both share/have a common goal in life, so that both can constantly push each other on later part in life. For me, yes, I've a dream. I yearn to build my own farm with my own cattle and a sheepdog, together with my future one, whoever it may be. But of course things doesn't always end up as what you'd thought to be perfect. In life, when we involve the human mind, the constantly-changing emotions, the psychology, no one knows what lies ahead. People change from time to time, the environment will shape their mindsets, the culture will affect the psychology and change the way one used to perceive certain things in life.

The occassional hiccups in a relationship is a classic example of the ever-changing emotions in us. Couples fret over certain things that they disagree with each other. He might feel uncomfortable over her sudden change in attitude towards him. She might feel neglected that he's not putting in enough commitment into the relationship. Both ideas clashed. He will feel that she's changed. She will also feel that he's changed. But what if they could put themselves into each others' shoes and take a look at the situation from another angle? Would things have changed for the better? For example, you get frustrated at your parents for nagging at you and restricting you to a twelve midnight curfew during your teen girls year. If you put yourself into the shoes of your mom and dad, would you allow your young girl to stay out late till the wee hours of the morning? Would you keep drilling advices into her, hoping she'd turn out good in future? It's amazing that how looking things at the opposite angle affects the turn-out of a relationship.

Relationship is indeed something so elaborated that it's difficult to find an exact definition to it. I don't seek an answer to relationship, but I'll scout for my definition to the second word of the title to this post.

Hold on to your dreams. Dont ever let anyone or anything that happen snatch your dreams away from you.

Your dreams will come true one day so long as you hold fast to them and believe in yourself.

You can achieve anything so long as you have faith.

Keep on smiling even when times are hard. Cos it may be a blessing in disguise :)

He who laughs last, laugh the Best!