The Chronicles of Narhia - The Last Word

Now we've "The Chronicles of Narhia - The Last Word". 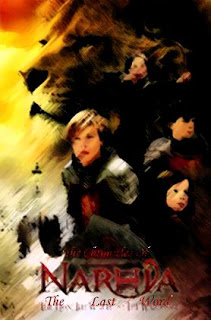 Exciting trilogy about to unfold.

He, and all his friends, have gotten everything wrong from the start. The unreliable source was really infected. It was very stupid and gullible of him to "click open the .exe file". It wasn't sure what made him open the file from an unreliable source. The virus was a bad one. Something worse than a trojan horse. It doesn't spread. It ENGULFS. That was when things started to change. It's really a virus, I am sure. Think about it. He, who clicks open the file, is innocent. But the virus is the one creating the mess and shit, giving everybody and everyone else a whole new perspective on the scene. HE, is INNOCENT. virus sucked big time. Virus shall perished at the instance my firewall is up.

Next, He, was together with the superinfectants. Everything that could have happened after that, happened. It all came like how a Figure 11 would be shot down by belts of bullets firing from a GPMG (general purpose machine gun).

At the end of the day, He, only had a line to say. The virus might have done certain damage from the visual perspective, but the intangible aspect did not and will never happen. Only a geek or a professional would have the ability to edit the registry, and once the program is designed to run in a certain manner, not anyone can do anything about it.

~The Chronicles of Narhia - The Last Word.