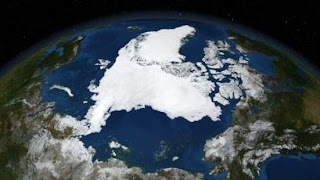 Latest report suggests that the ice cap at North Pole is melting faster than ever, which could result in no ice at all in the Artic Ocean by 2030 summer. Used to be 2050 but given the direction we're heading towards, we've just shorten the life of the Artic by 20 years.

Guys, we can help fight global warming. You will make the difference. Start from the simplest thing, walk (if possible) instead of a bus and bus instead of a car.

It's would really be a pity to have the Artic totally vanished from the surface of this earth we're standing on.